Stonewall was a Riot 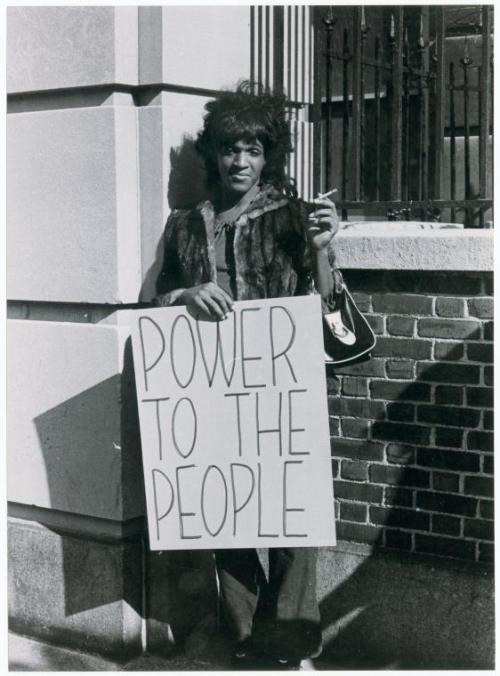 On June 28th, 1969 the Stonewall Riots erupted onto the streets of New York City and led to the Gay Rights movement in the United States.  We’ve reflected on various aspects of Stonewall over the years and, 51 years later, our streets are full of protests demanding a change.  As #BlackLivesMatter protests are sweeping the country and state after state are passing legislation to restrict transgender participation as full, equal citizens in life, Marsha P. Johnson (pictured above) wants better for us.  Marsha was there that June night in 1969 and the echoes of the bricks thrown still resonate loudly today.

Most Pride events in the United States have been moved online due to the Covid19 Pandemic however it’s important to understand that our community is as alive, vibrant and strong as we’ve ever been.  We face a great many challenges in the years ahead of us, many of those challenges will be hard to believe and it can often seem that we are facing those challenges on our own, standing in defiance of those around us that would deny our equality and full participation in society.  We are not alone.  Our allies are strong and vocal, our history is alive and vibrant and our vision of where we wish to be is clear and bright.

Audre Lorde said, “When a people share a common oppression, certain kinds of skills and joint defenses are developed. And if you survive, you survive because those skills and defenses have worked. When you come into conflict over other existing differences, there is a vulnerability to each other which is desperate and very deep.” Pride is inclusive of all people with Marsha P. Johnson and Sylveria Rivera showing us in a clear and unequivocal way that QPOC are important leaders and members of our community.  As the #BlackLivesMatter protests are taking place throughout the country, the National Lavender Green Caucus would like to pay special attention to the Queer People of Color that have been victims of police brutality and are often deadnamed and misgendered in the media and by law enforcement including:

At this time of historic struggle for Civil Rights, we’d like to leave you with a quote from Frederick Douglass which embodies not only the spirit but the essence of the struggle that unites all people who suffer under the yoke of oppression and tyranny:

“If there is no struggle, there is no progress. Those who profess to favor freedom, and yet depreciate agitation, are men who want crops without plowing up the ground. They want rain without thunder and lightning. They want the ocean without the awful roar of its many waters. This struggle may be a moral one; or it may be a physical one; or it may be both moral and physical; but it must be a struggle. Power concedes nothing without a demand. It never did and it never will.”