From June 14th - June 20th The National Lavender Green Caucus held it's Presidential Nominating Convention.   We used Scottish Transferable Vote which is a form of Ranked Choice Voting provided by OpaVote to conduct our election.  The election results were verified by the Secretary, Colin Bartlett and Co-Chair, Margaret Elisabeth and published on June 21, 2020.

Howie Hawkins won a majority outright, with 51.2% of the vote.

Dario Hunter came in on a very narrow second place with 42.5% of the vote.

David Rolde and Sedinam Moyowasifza-Curry each won 2.5% of the vote.

When David Rolde and Sedinam Moyowasifza-Curry are eliminated in the second round, their voters go to both Hawkins and Hunter, although Hunter receives the majority of them:

Because we are apportioned four delegates, these delegates will be split between Howie Hawkins and Dario Hunter, with each receiving two delegates at the GPUS National Convention.

Howie Hawkins Wins the Caucus Election and the Delegates are apportioned evenly between Dario Hunter and Howie Hawkins. 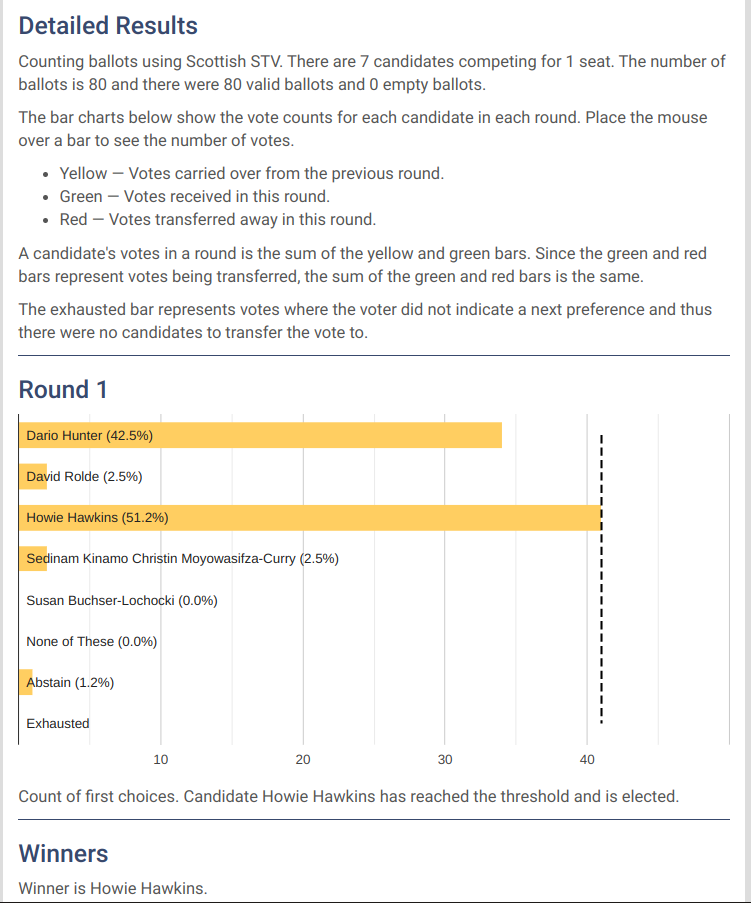